Tom Hinshelwood is a freelance video editor and scriptwriter. He was born in Staffordshire, England and now lives in London. 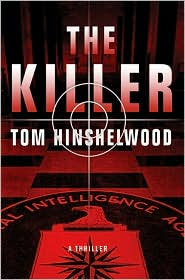 He applied the Page 69 Test to The Killer, his first novel, and reported the following:

The Killer is about a professional assassin who finds himself running for his life after completing a seemingly open-and-shut assignment. By page 69 Victor has survived an attack by a seven-strong hit team and has fled to his isolated Swiss chalet. Gazing out of his bedroom window at the picturesque mountain valley, Victor muses about what to do with the memory stick he retrieved from his original target and which is the reason for the subsequent ambush.

He doesn’t have much time to think, however, as he’s shot in the chest by a bullet from a high-velocity rifle. Such a wound should be lethal, but Victor has only survived this long in the world’s most cutthroat trade by preparing for the worst at every turn. As such all the windows of his chalet are protected by bullet-resistant glass, which saves his life but leaves him incapacitated on the floor, slipping from consciousness.

It would be unfair to reveal what subsequently takes place, but page 69 is perfectly representative of the of the novel as a whole, which focuses on Victor’s mission identify his unknown enemies while simultaneously staying out of their crosshairs. If a reader was intrigued to find out how Victor gets out of his predicament on page 69 he or she would most certainly enjoy reading the rest of The Killer.

Learn more about The Killer and its author at Tom Hinshelwood's website.