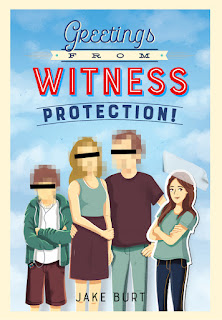 He applied the Page 69 Test to Greetings from Witness Protection!, his fiction debut, and reported the following:

Page 69 of Greetings from Witness Protection! is actually one of the most pivotal pages in the entire book. Upon that page, the main character, Nicki Demere, meets the Sicurezza family for the first time. It's a momentous occasion for her, because she's been "adopted" by the US marshals to join this new family in order to better hide them from the criminals chasing them; as the title suggests, they're going into the witness protection program, or WITSEC.

In fact, the moment is so fraught for Nicki (who, as part of her acceptance into WITSEC has changed her name to Charlotte) that she spends the bulk of the page trying to stall for 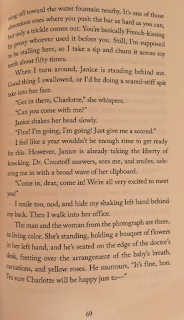 as long as possible; after all, the people she's about to meet will be her new family for all intents and purposes. I really like how Nicki/Charlotte's attempts to build up her courage add tension while allowing her to use her trademark sardonic humor to keep the reader engaged on her level. I also got to take a well-earned dig at one of life's most aggravating contrivances: the low-water-pressure drinking fountain. I'm convinced there's a level of Hell that's neverending desert, save for a single cruddy rest stop in the middle around which all the poor souls gather. There's table after table of garlic and olive tapenade, along with super-salty pita points. The damned can eat as much as they like. However, when they get thirsty, all they see is a lone drinking fountain, jutting from the tan-painted cinderblock wall. It works, but just barely, and the last billion or so people to use it all had plenty of that garlicy tapenade...

As for how Nicki gets along with her brand-new mother, father, and kid brother? Well, I will say it's not as dramatic as drinking fountain Hell...