Lis Wiehl, author of The Candidate: A Newsmaker Novel is the New York Times bestselling author of over a dozen novels. She is a Harvard Law School graduate and has served as 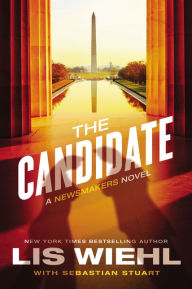 a federal prosecutor in the state of Washington and as a tenured faculty member at The University Washington School of Law. She is currently a popular legal analyst and commentator for the Fox News Channel.

Wiehl applied the Page 69 Test to The Candidate and reported the following:

I’d have to say that page 69 of The Candidate is not the best representation of the book as a whole. That’s not to say it’s a jarring departure, but it’s a “softer” scene in which things are going relatively well for Erica. Usually things are much darker and suspenseful. On page 69 Erica is on a “play date” with her daughter Jenny, Jenny’s best friend, and the best friend’s father. Erica and the dad, Josh, have an immediate chemistry. Which is complicated for Erica because her fiancé is in Australia helping a start-up news network, and while there he has probably strayed. So there are some complexities, but it’s not a heart-pounding action scene in which Erica fearlessly – and at great personal risk – pursues the truth and speaks truth to power.

My Book, The Movie: The Candidate.